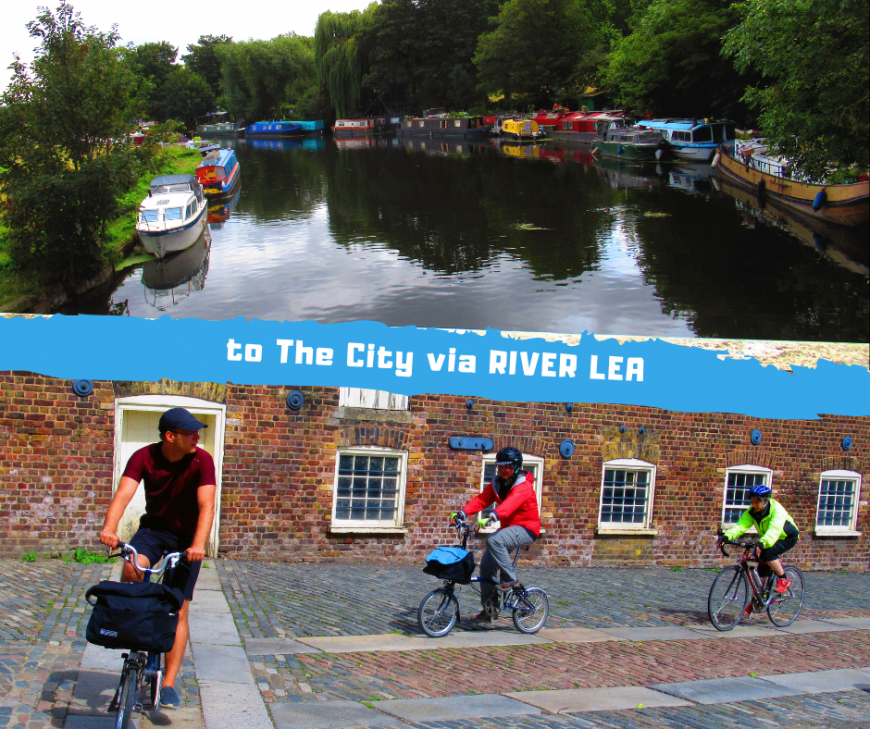 The problem with Facebook groups is that there are too many of them. Finding a group of serious people is hard, finding one that wants to actually meet up outside the virtual world is even harder! The Londoner has found such one: Rides on Bromptons: London Brompton Club Group is a set of wonderful people who meet up in the UK and do what they like to do best: Ride. On Bromptons. Mainly.
But when a beginners’ route, closer to London track is needed, the Londoner picks up the riding glove himself with this 20 mile River Lea navigation all the way to St Kathrine Docks.
And we’re off… 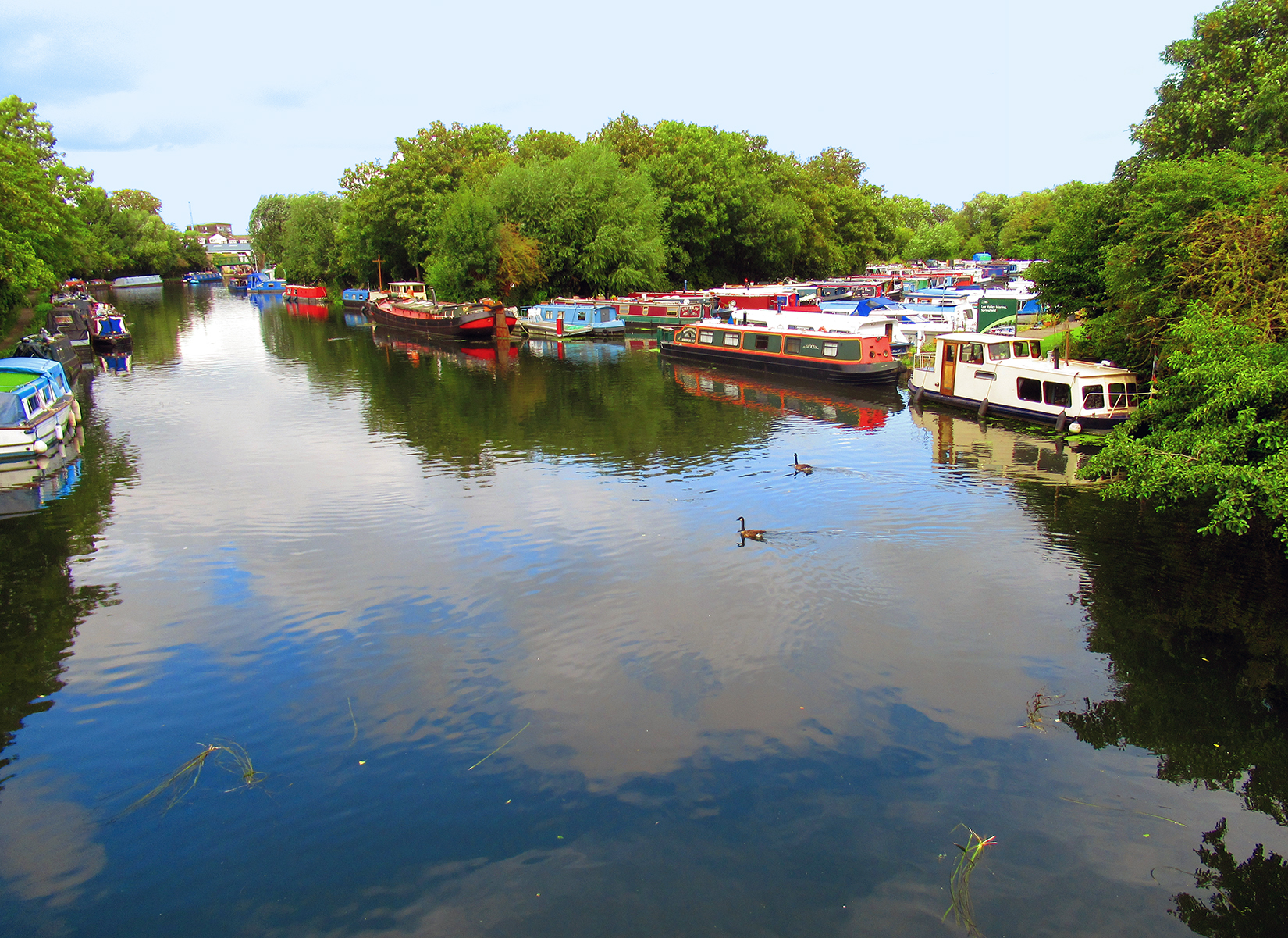 Standing by Frank Miesler’s Kindertransport memorial in London Liverpool Street Station, the Londoner is anxious. How many people are meant to come to a Facebook group ride? Will anyone actually show up? Will all the ‘confirmed’ make it? Should
we wait for the ones who boldly marked themselves “going” yet remained incommunicado ever since?
His mind wonders to the memorial. He cleans it from a McDonald’s plastic lid which someone left there. A woman absent minded puts her crate on the statue and disappears before the Londoner decides whether or not to tell her off. How these kids who left their families in Leipzig and other central European towns to start a new life, alone, would have yearned for a set of new bicycle at the time. Or better yet, to see their mothers and fathers again. Some unexpected team members wave from afar. He pushes the thoughts aside. There seems to be a ride after-all. 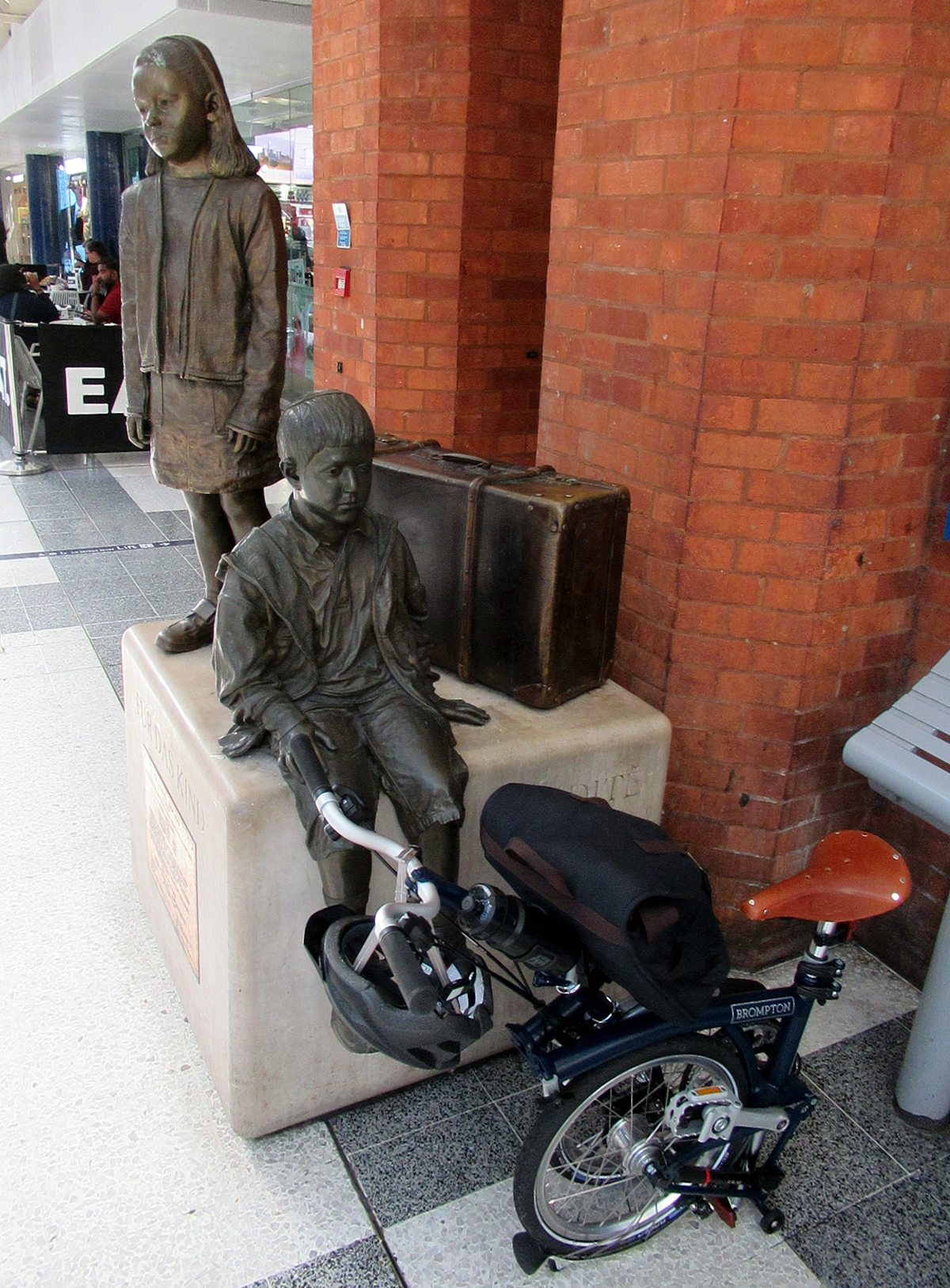 River Lea originates in the English Chiltren Hills and flows all the way down to River Thames. Much of the river had been “canalised” in order to provide a navigable route for boats into eastern Hertfordshire, and in the 17th century an artificial route called ‘New River’ was formed to avert Lea’s pollution and to carry out clean water into London. In the 18th century Locks had been installed throughout the river, and it had been connected to the Limehouse Cut and ultimately to the Limehouse Basin. In the late 2000s it was still used to transport building materials for the development of the Olympic Park area, built for the 2012 Olympics.

For this 20 mile ride we chose to start at Waltham Cross, close to the very cool white water park, which is not the absolute beginning of the Lea Navigation Canal. For farther distances one can choose to start from Ware or the Hatfield area. 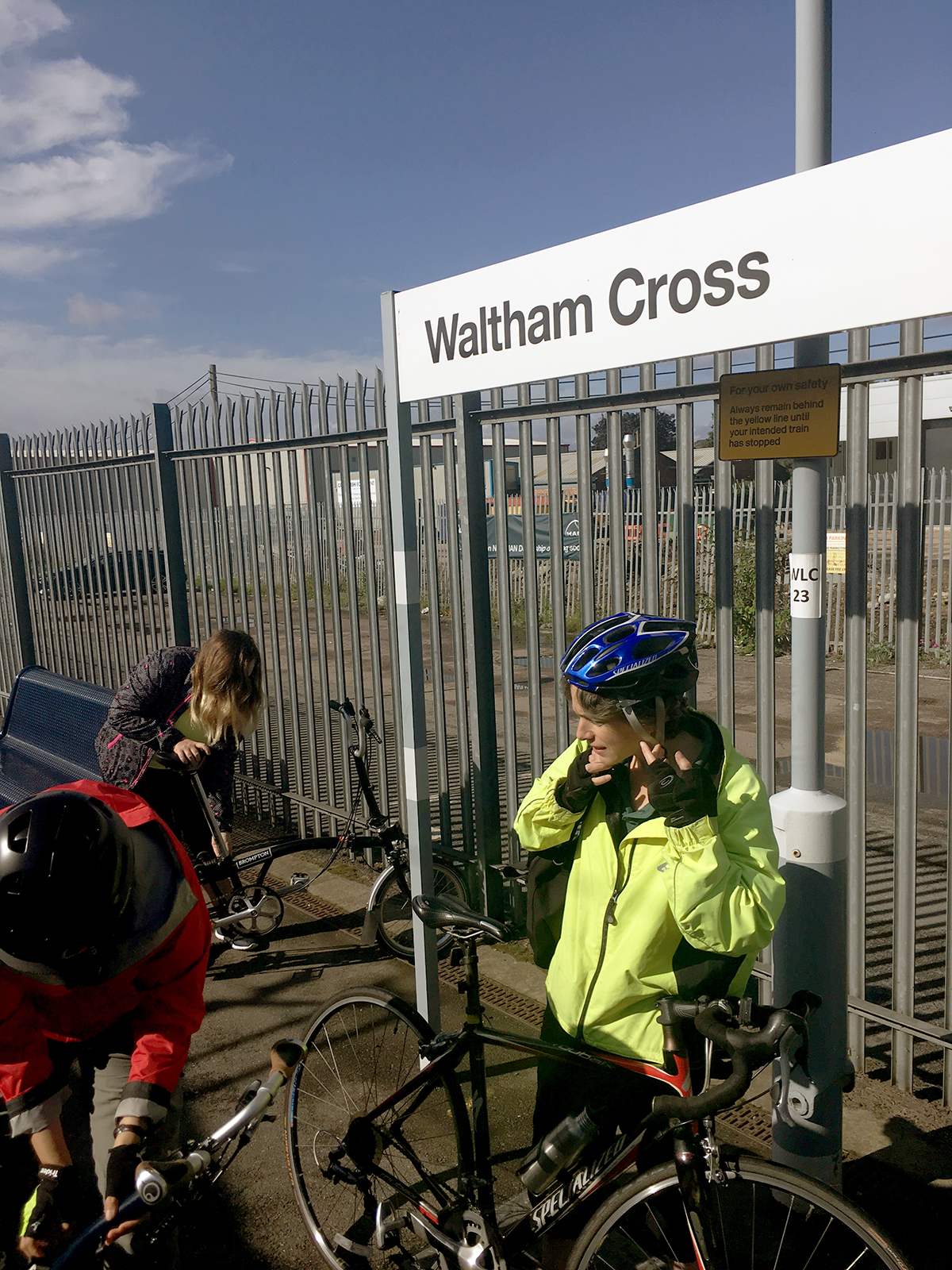 Gearing up at Waltham Cross 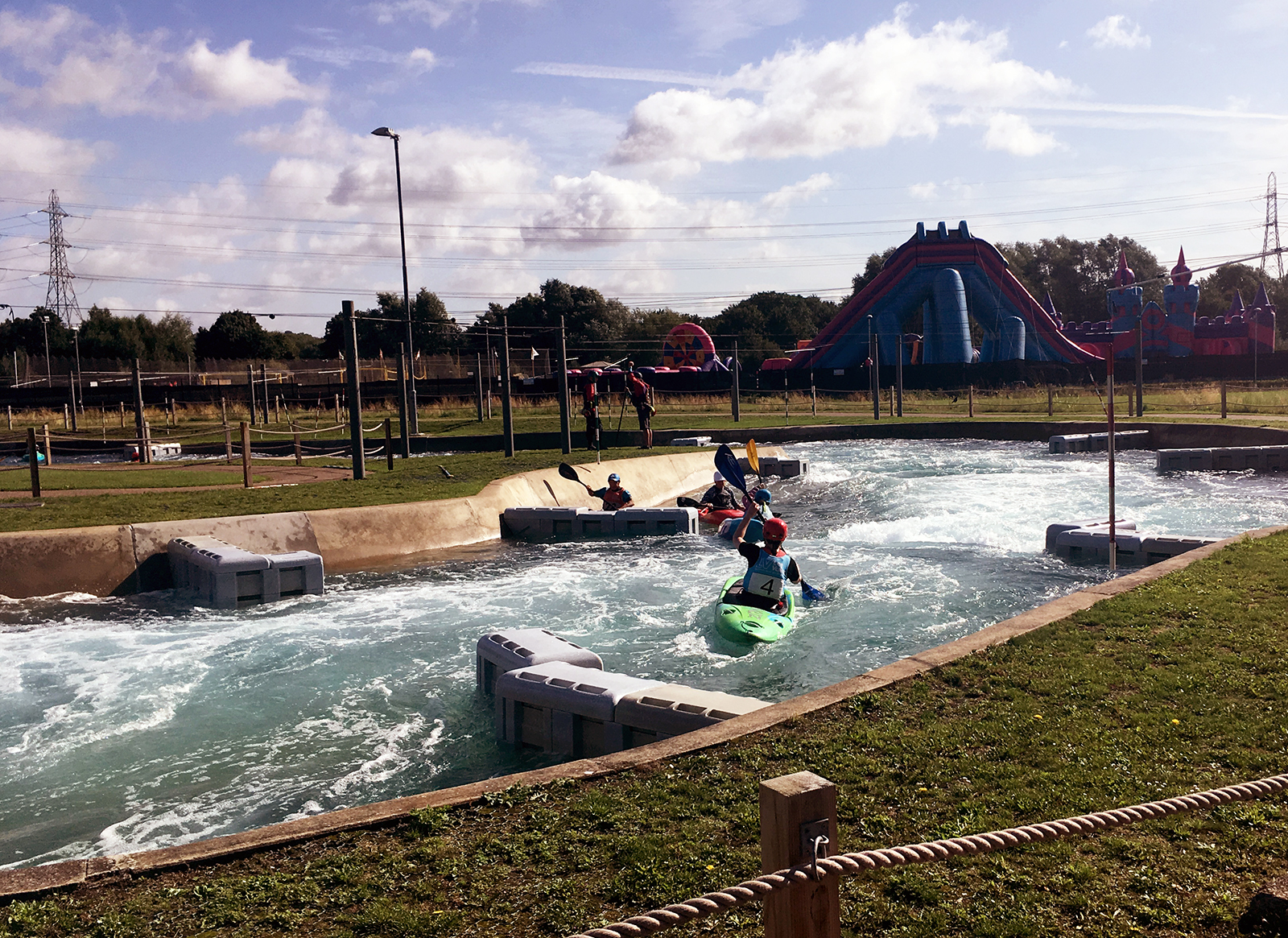 After a 25 minutes train ride to Waltham Cross which consisted of horror stories of Brompton thefts, everyone is relieved to be on solid grounds. As we finally find the gate to the River Lea path, the terrain is proving to be more difficult than this relatively flat ground would have seemed. Yesterday, as happens normally in England, the celestial gates had opened and a downpour of nearly a day was set upon the Greater London Area. As a result the track is full with shallow puddles, that along with the gravel path, proves to be a harder ride than anticipated. We are especially concerned for K, with her Specialized Roubaix road bike, however she seems the most agile rider of the group, so these concerns quickly disperse.

As the path continues, we meet up with some ponies, who are carefree munching on the meadowy grass. The sun is striking this path with beautiful green colours, and the wind is breezing lightly, a very good day for a ride indeed.

Since nobody had actually made a dry run of this route, except the couple R & A, who had cycled here a few years back, we often stop by the River Canal Locks (see explanation below) for directions. None of us have a GPS mount, and while the route is relatively straightforward at these parts – we occasionally want to make sure we are on the right side of the bank or if there are any atractions along the way. Meanwhile the other couple G & K introduce us to Geocaching, which is a worldwide treasure hunt sort of game. As the little black tube is found underneath the Lock’s steps, we cannot help but feeling excited. On we go. 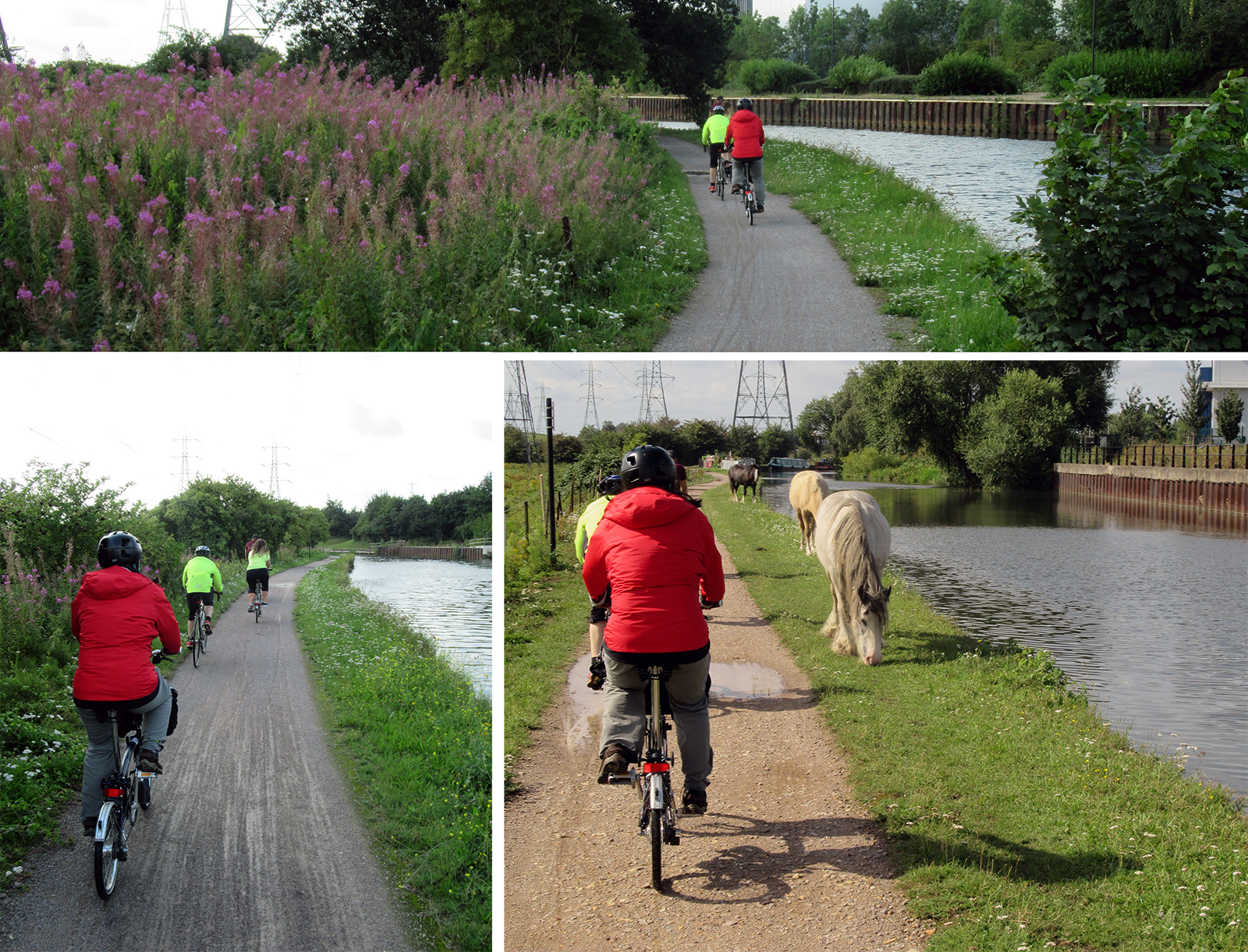 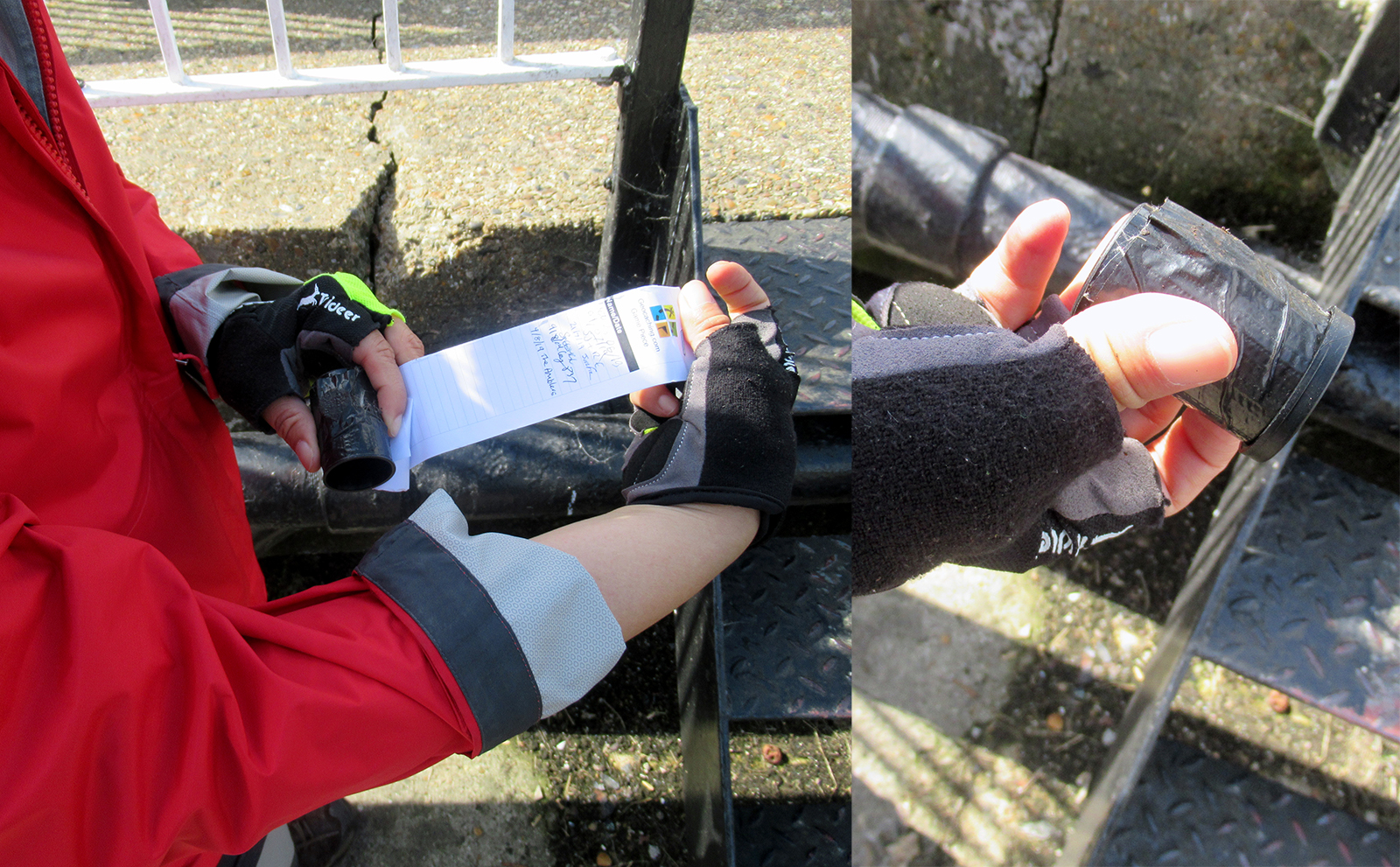 River Lea has more than 20 locks throughout its path (!), however our 20 mile stretch into the city consists of 7 Locks only. For a maritime rookies (like the Londonder was) here’s a brief explanation: A Canal River Lock is a man-made mechanism, which helps regulate the flow of the river. So where usually you would have a ware, a system of gates is installed. The boat or barge gets into the Lock and the gate closes behind it, then the valve is released and the water level drops/rises to equalize itself to the part of the river, into which the vessel is heading. When the water level had equalized, then the exit gate can be opened.

At Pickett’s Lock (renamed Alfie’s Lock after the legendary lock keeper) the group has a first class view on how this device operates. The Londoner is even offering his help to the damsel in distress (the boat owner) only to find out that she is apparently much stronger than him and that opening canal lock doors is not an easy task. The entire event takes about 10-15 minutes. The operation of the manual lock requires lowering/lifting the valves with something that looks like wheel-jack, and while the actions themselves are not lengthy – they do take strength. The process takes time as one has to wait until the water levels are completely equal before one can operate the gates. Archimedes would have been proud.

Post Script – A hand-painted notice on this specific lock used to request boaters contribute a Bounty chocolate bar to Alfie, in return for safe passage. Since retiring, he’s continued to live in the lock house, and remains a hugely popular character with all those who use the river and its towpath. 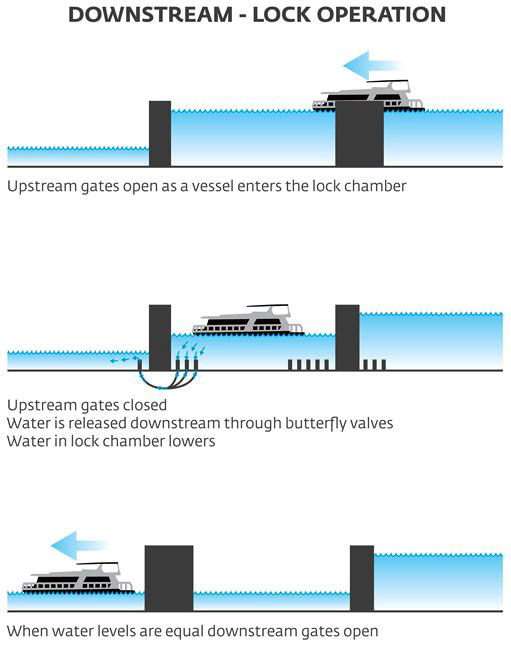 As the group arrives at Tottenham Lock (roughly halfway through River Lea’s part of the journey), the Londoner decides that a coffee break is called for. The Londoner is known to schlep around the globe with his field coffee kit, and the fresh brew brings smiles all around, especially after the sun decided to hide behind some ominous-looking clouds. This is especially appealing to K, who runs a website meant to explore the physics behind coffee called Bean Thinking. She also runs coffee related events and is a major coffee connoisseur. Recommended!

Lea’s Rowing Club provides some entertainment as there is a crowd gathering for a kayak race, and when the sun comes out again we stop once more for some blackberry picking led by K (although decided they are not quite ripe yet for us). 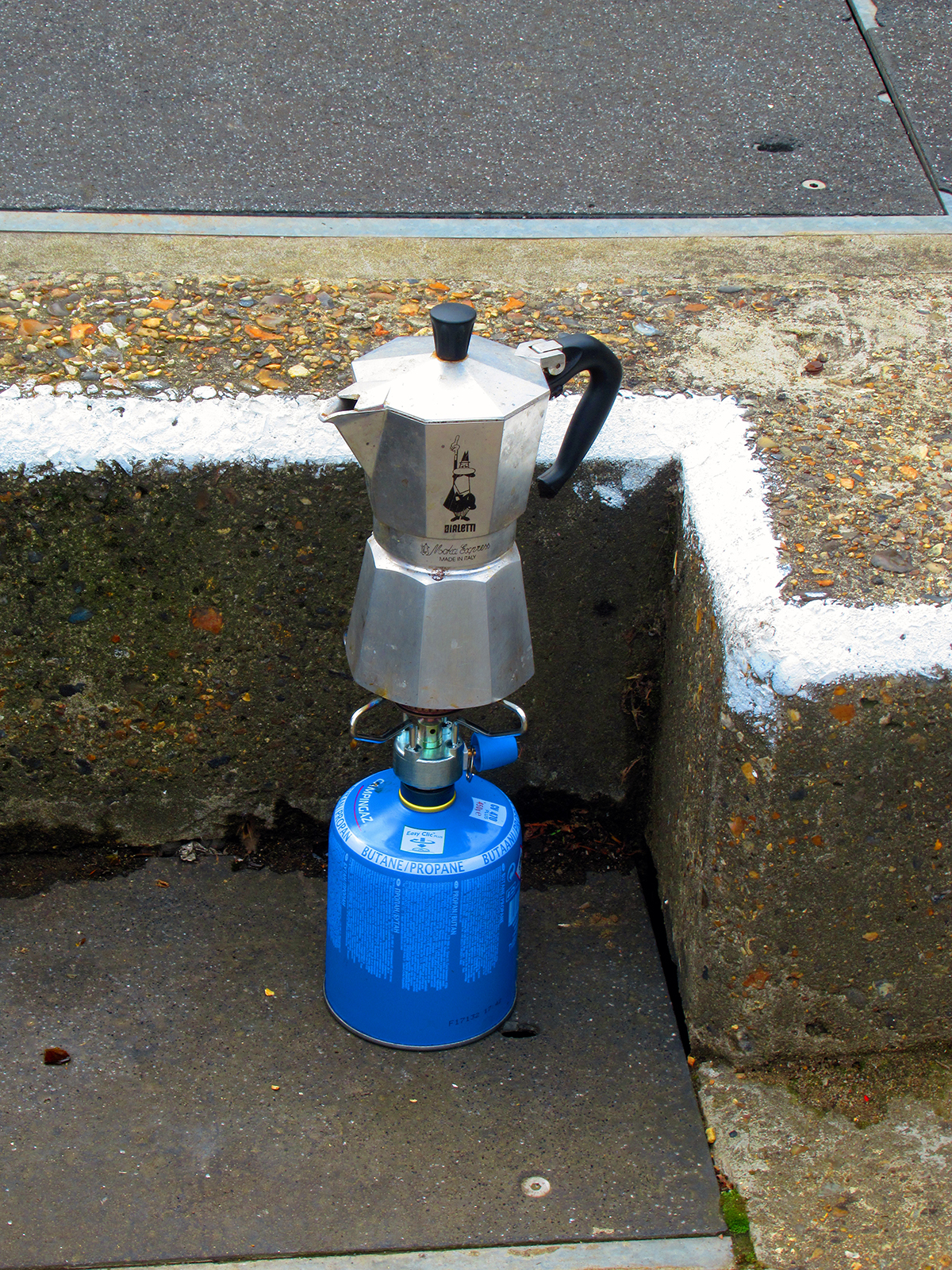 Coffee. that’s how we roll. 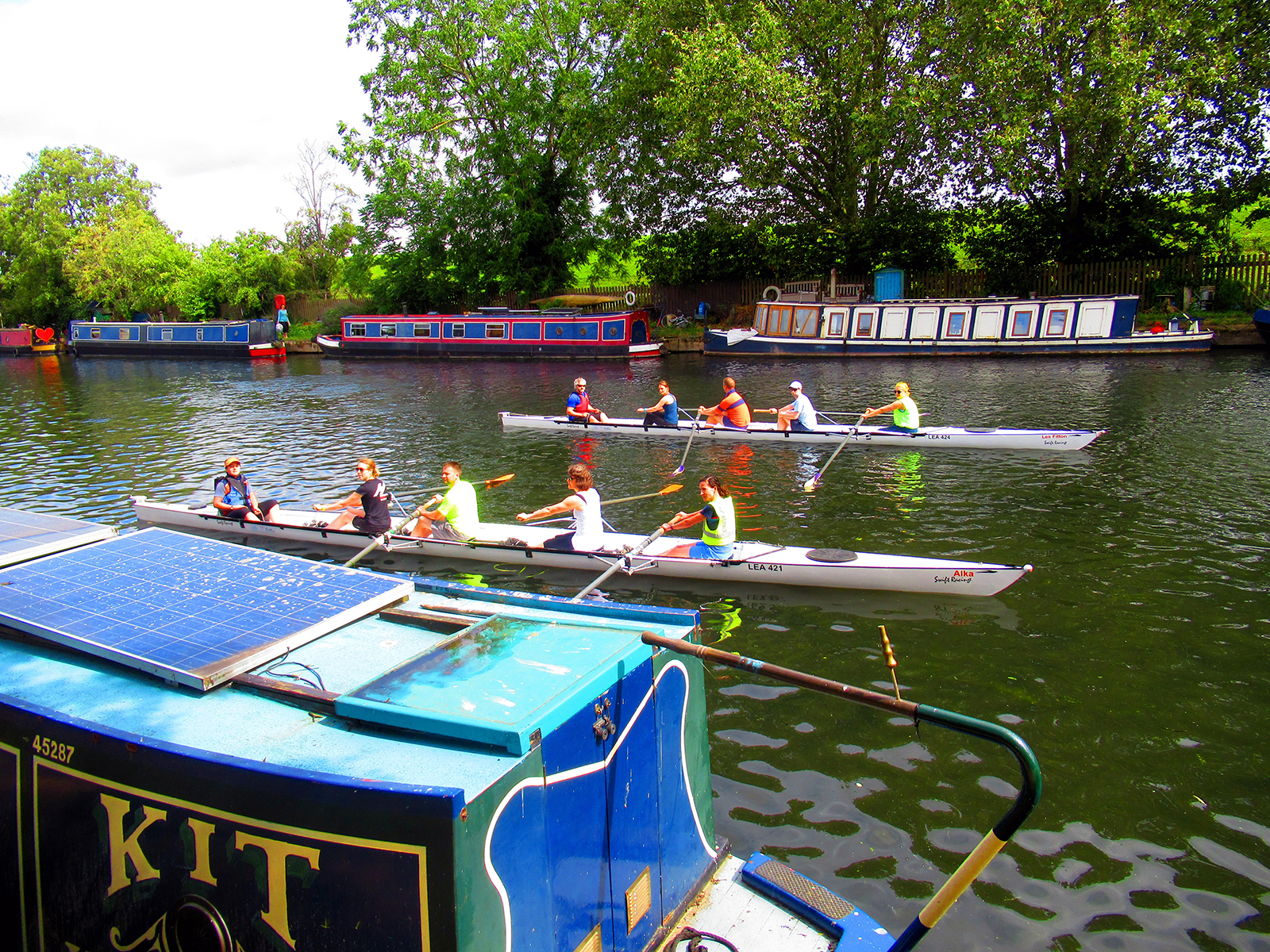 !All together now! Row! 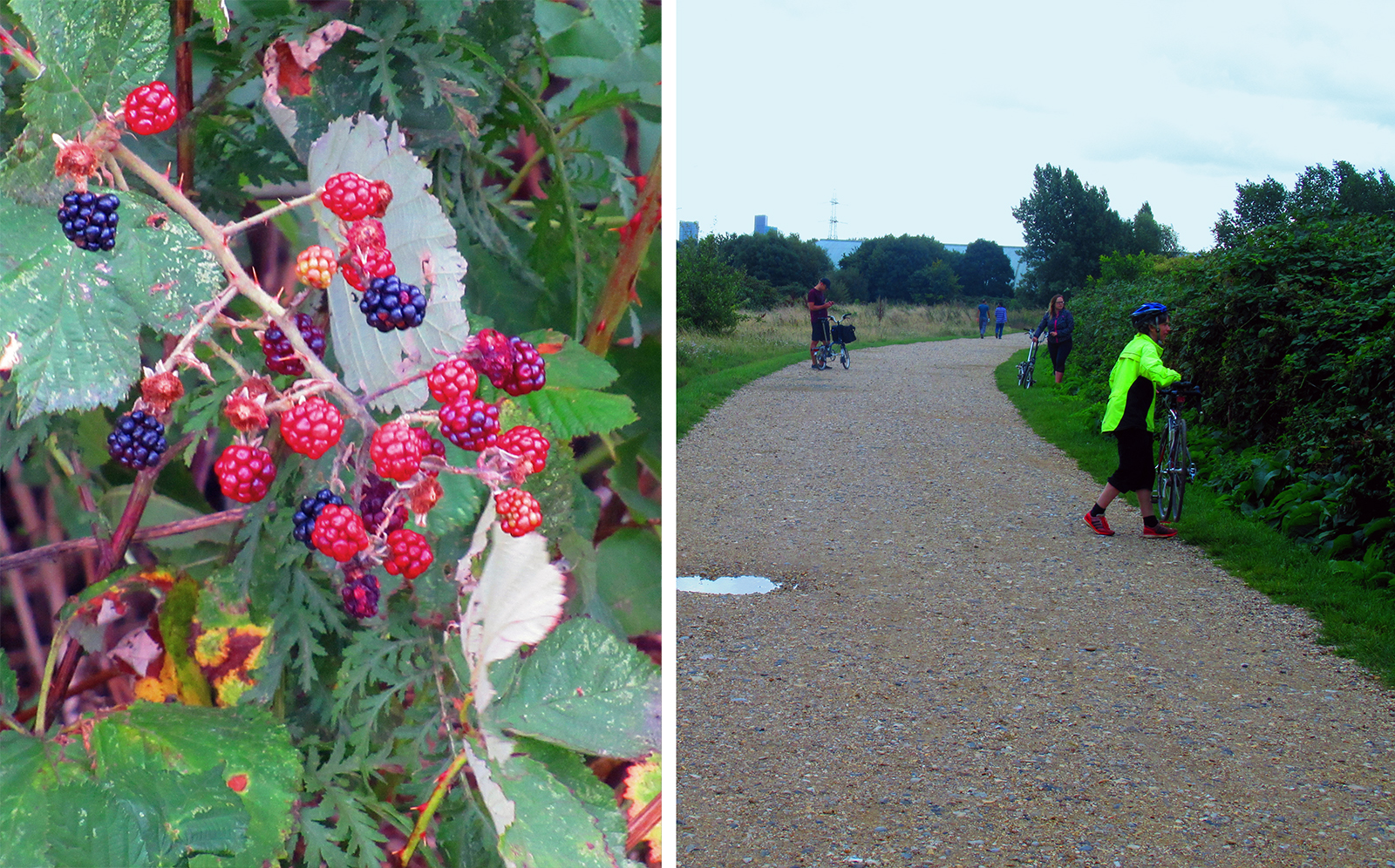 Still ‘red’ blackberries on the way

The Olympic Park bit of the journey scares A, she claims that this late in the day (around midday) the path is hogged by families, which will prove cycling impossible. She isn’t wrong. This area of the River had been developed to some extent just in time for London 2012. As a result, many ‘hip spots’ such as The Breakfast Club, had opened branches around here. Luckily, there are still refurbishments going on around the area, and the Londoner had originally meant to cut through Stratford and find the river again closer to its end.

As we are trying to find our way through the road maze which is the Olympic Park, we can see the towering Anish Kapoor slide which was a major attraction back in 2012, and is still open. 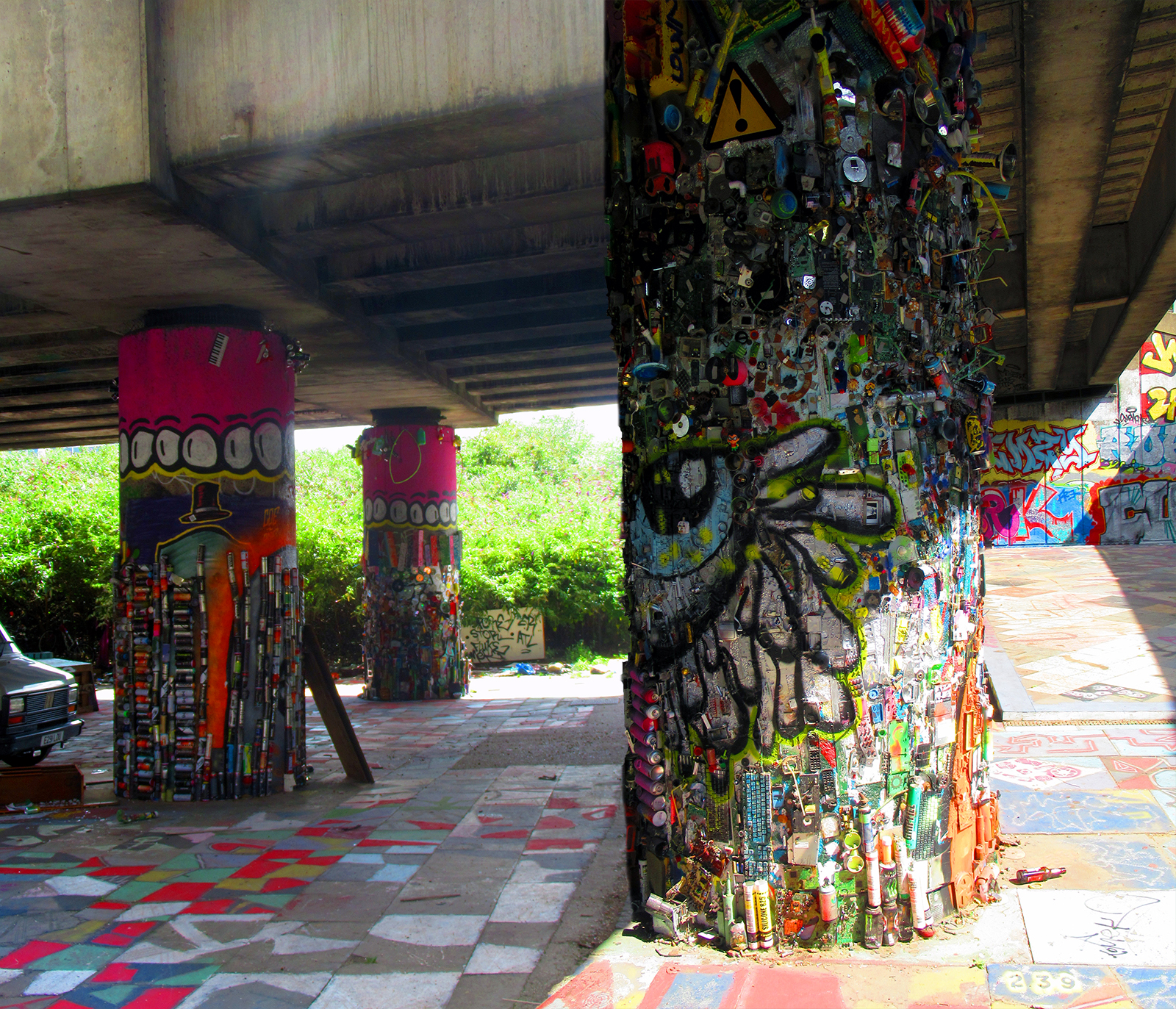 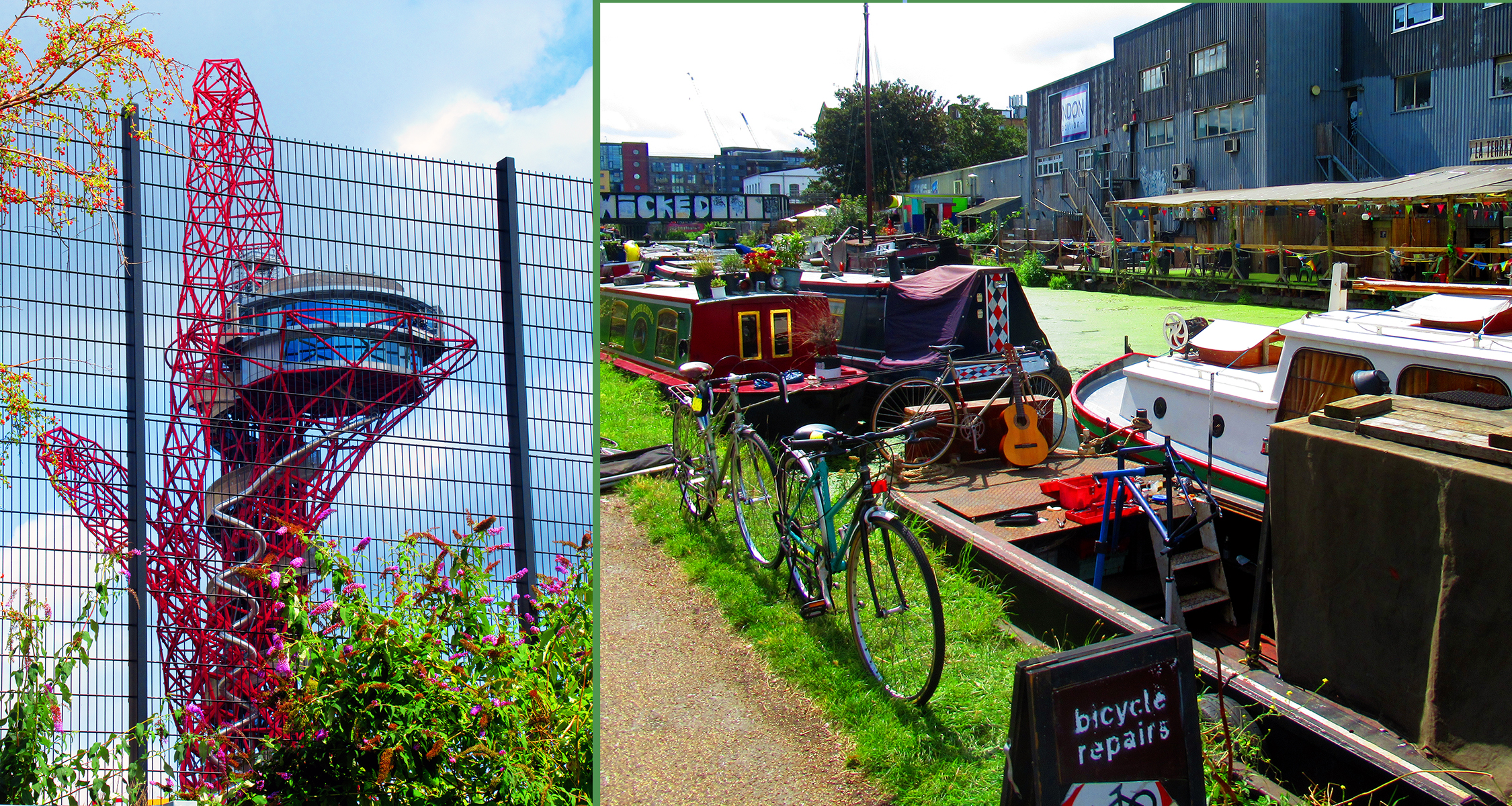 the Olympic Park was never as hip

Three Mills and the London Basins

The Londoner was a bit anxious when he planned this course, as the Three Mills area seems a bit unclear on Google Maps. Luckily, once we reached River Lea again, there are direction signs which are quite clear. For those who prefer wide paved roads, just before entering the Olympic Park area, there is a road leading to CS2 (Cycle Super Highway) which will take you through Stratford.

Mill Meads is a locale in Stratford and West Ham and one of the oldest extant industrial centres in East London, added to the capital for administrative purposes, since 1965. House Mill (pictured) is a major Grade I listed building that dates back to the Domesday book of 1086. The present impressive structure was built in 1776 , damaged by fire in 1802, and then rebuilt by Philip Metcalfe (malt distiller and a prominent Tory MP). In historical surveys this area is referred to as the Three Mills District, once housed a large cooperage producing barrels to support the mills, as well as a wide range of industries, from the manufacture of innovative inks to sugar refining. It is also the home of London’s Three Mills Studios. 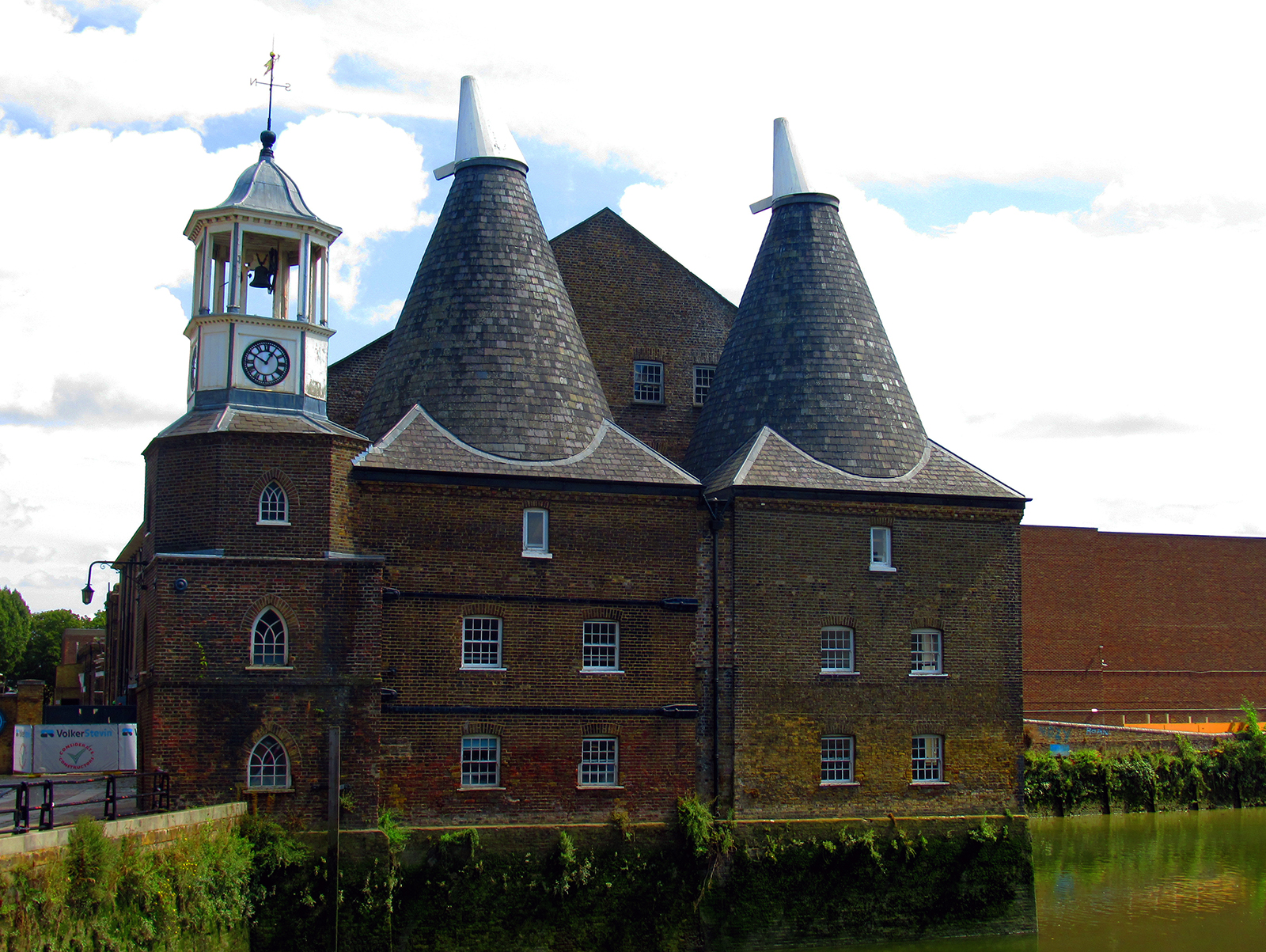 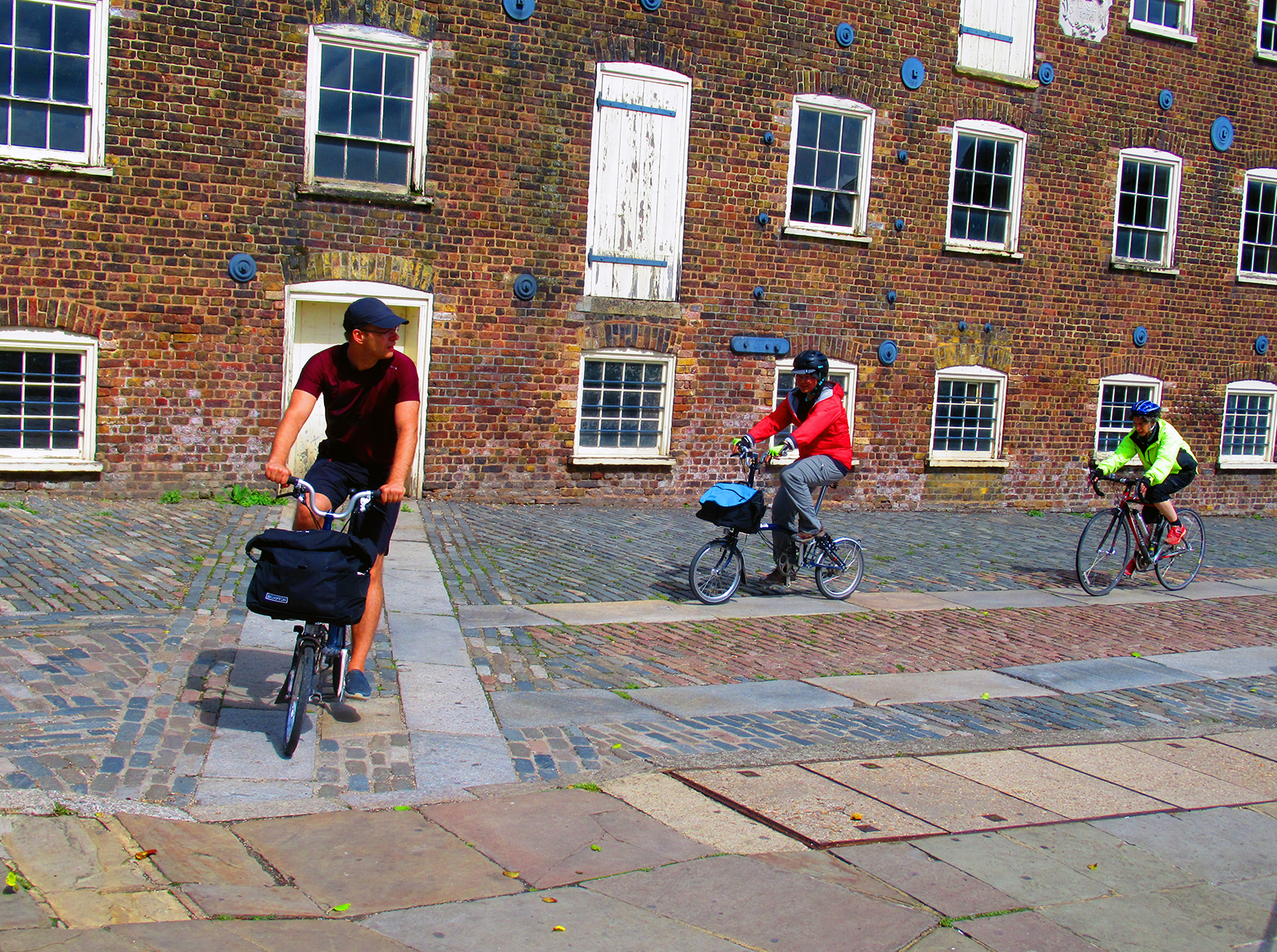 Cobblestones and an urban ride now

This area is beautiful, and it marks the end of the somewhat rural-gravel path. We go into the Dickensian Londonian scenery, which requires navigation through narrow patches and ongoing control over cobblestoned pavements. The path to Limehouse Basin is again sandy, but when we finally reach there, the renewed Basin twinkles beautifully below the sun, that decided to shine again.

There are many new businesses, cafes and restaurants to explore around here, but in order to get our 20 mile done, we are adamant to keep on through. It is interesting to see the choppy water of River Thames in contrast to the placid canal and basin waters. The Locks work my friends! 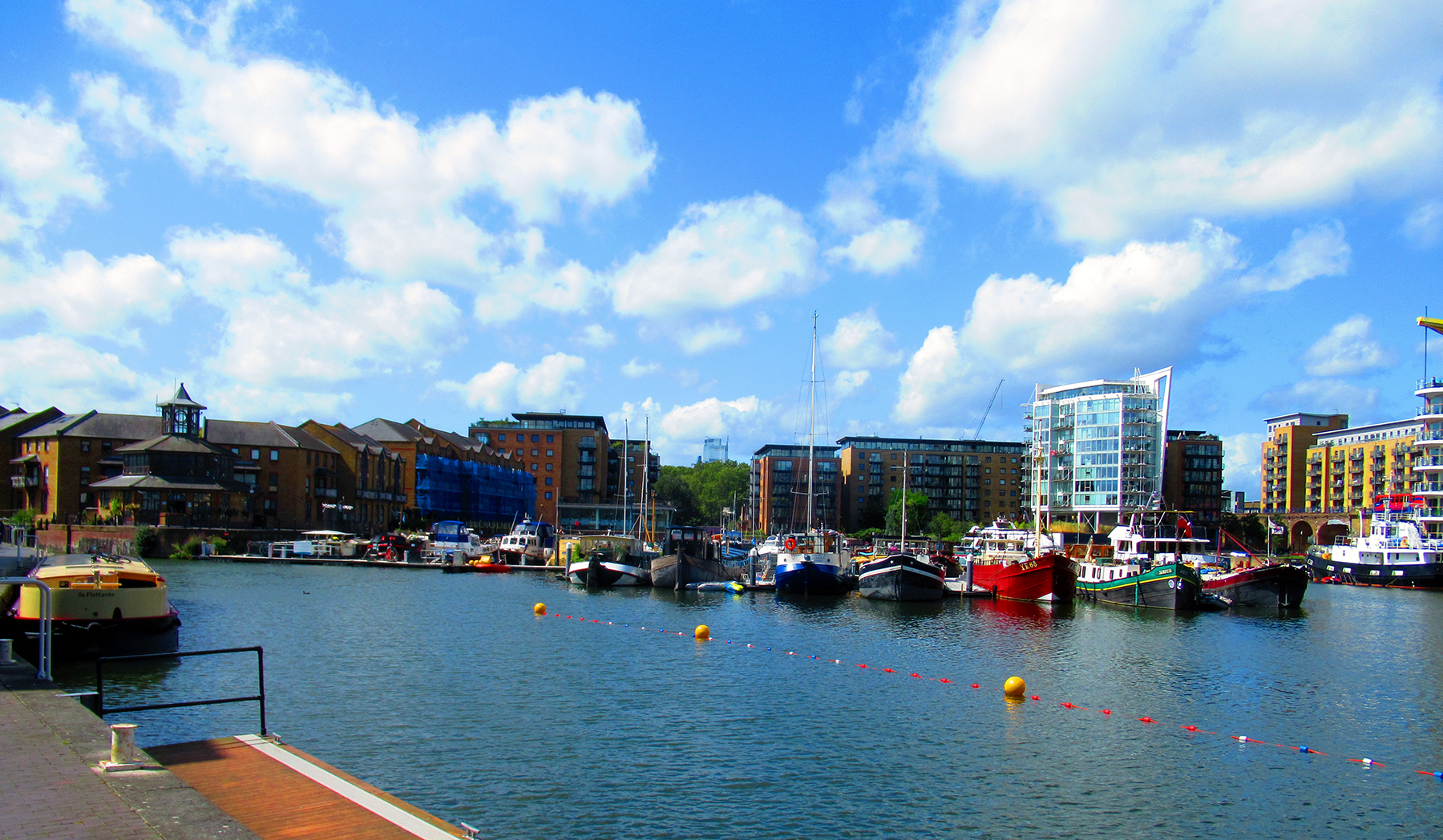 There are two ways of reaching St. Kathrine Docks from here, through another CS or by the Thames Path. A’ says that the Thames Path is scenic and we agree to take it. The cobblestones are not doing justice to our knees, and at some point the Londoner, R & G decide to cycle on the sidewalk (don’t tell the Met Police!)

St Katharine Docks took their name from the former hospital of St Katharine’s by the Tower, built in the 12th century. It was demolished and marked for redevelopment, but was only opened again in 1828, with limited commercial success. Bombed in the Blitz, the docks remained derelict until the 1990s when redevelopment started. Today it is an absolute gem, somewhat marking the border of the old East End and the happy maritime London.

The choices here are plentiful, but with 5 bicycle we need to choose our venue meticulously. White Mulberries is a known spot for good coffee, however we are set on a pub lunch and DRINKS in the ominous Dickens Inn which is referred to as “the pretty pub”, since its flowered front attracts
many selfies. The place is accommodating our bikes and we can relax with some chit-chat, burgers, fish and chips, wine & beer. This was a great beginner level ride, and a fantastic group! 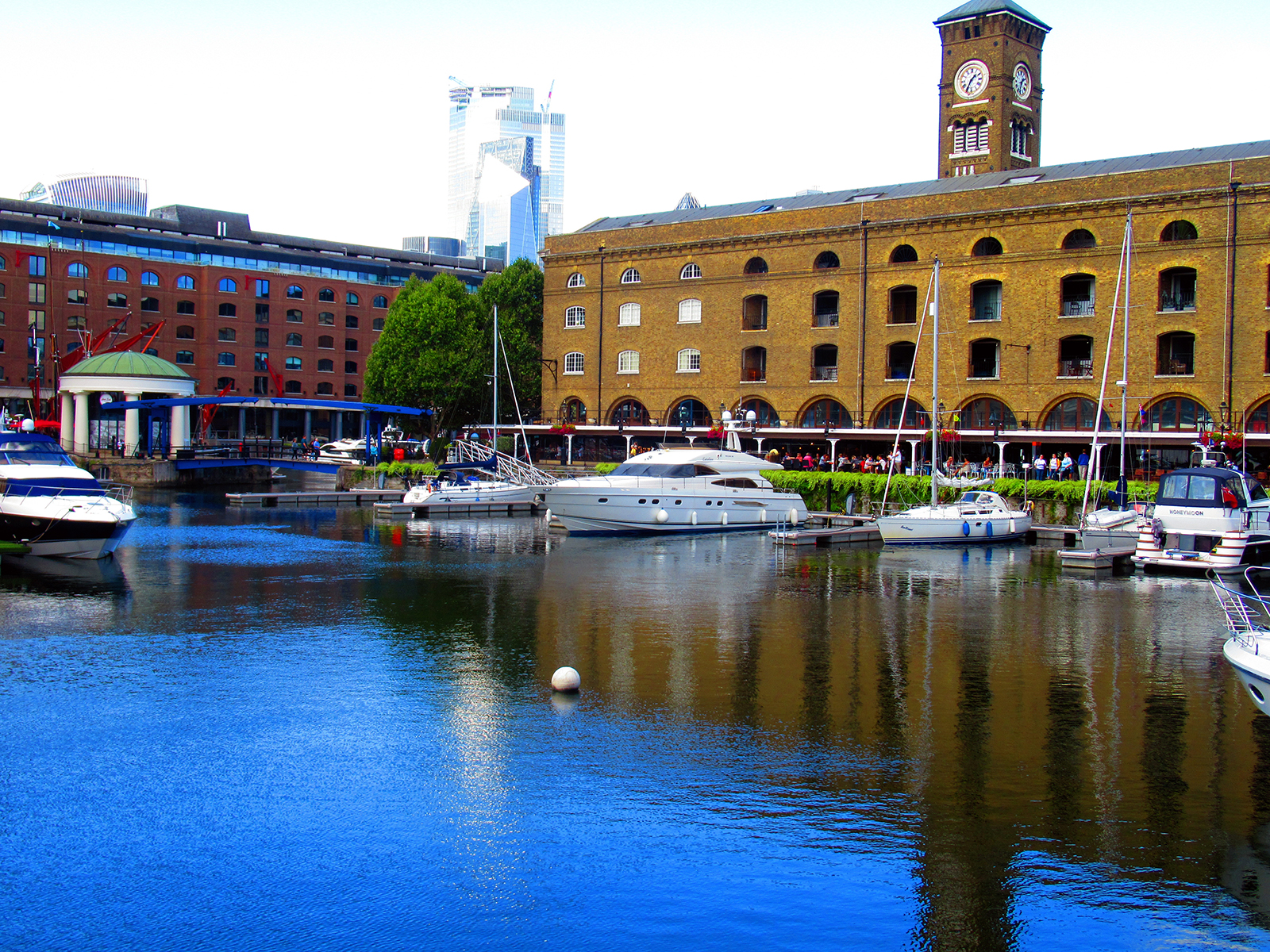 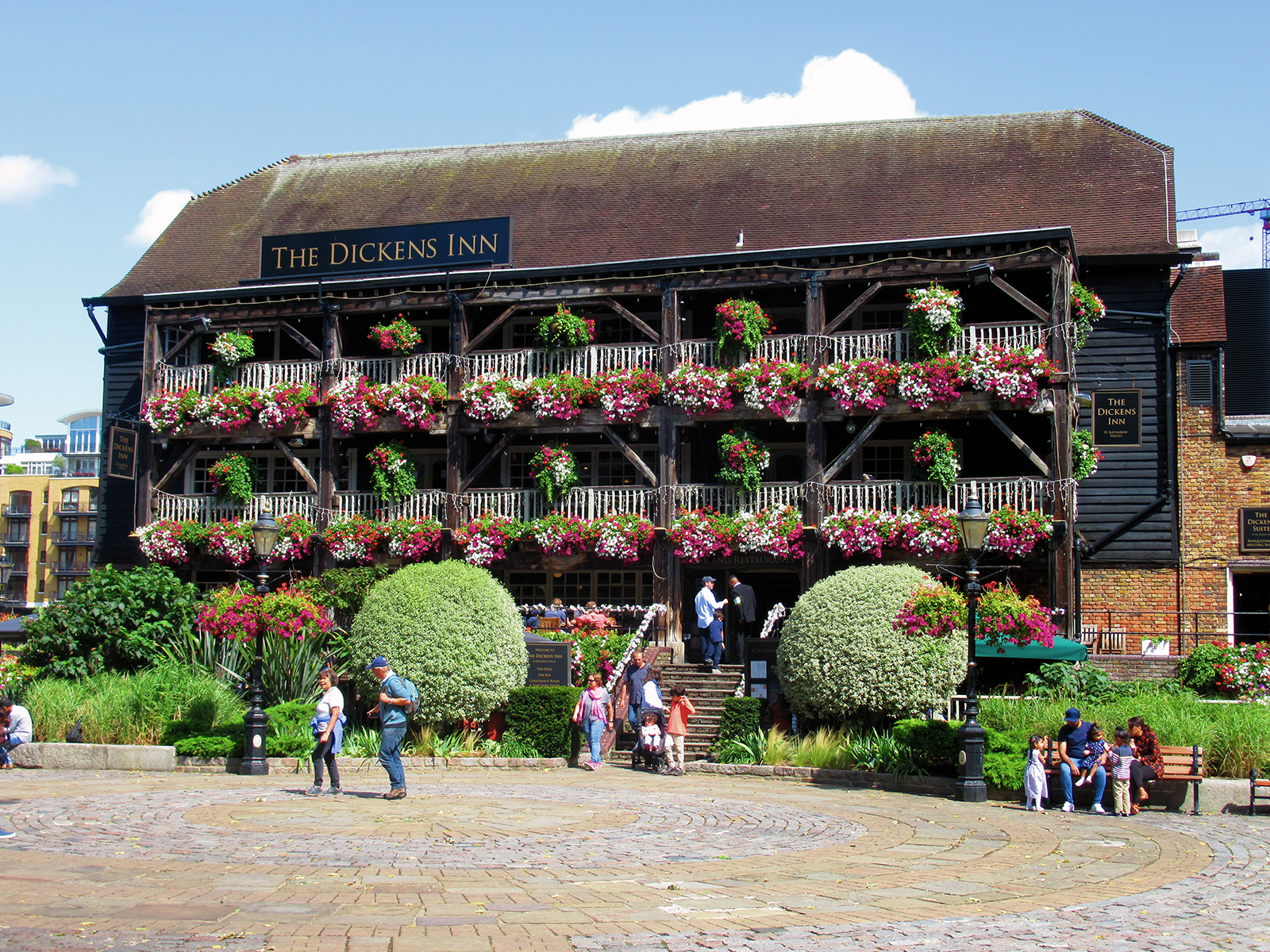 Picture with the pretty-pub please 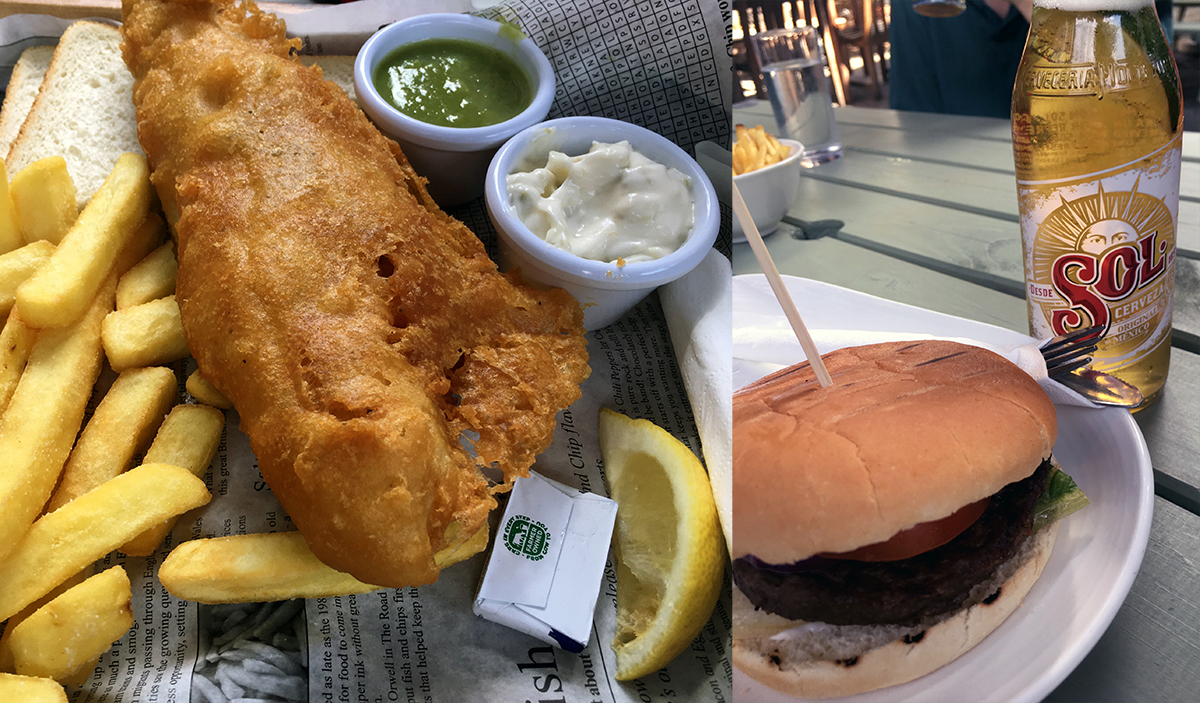 It has no bikes in it, but it takes place in London, and
FREE onfor Amazon Kindle Unlimited 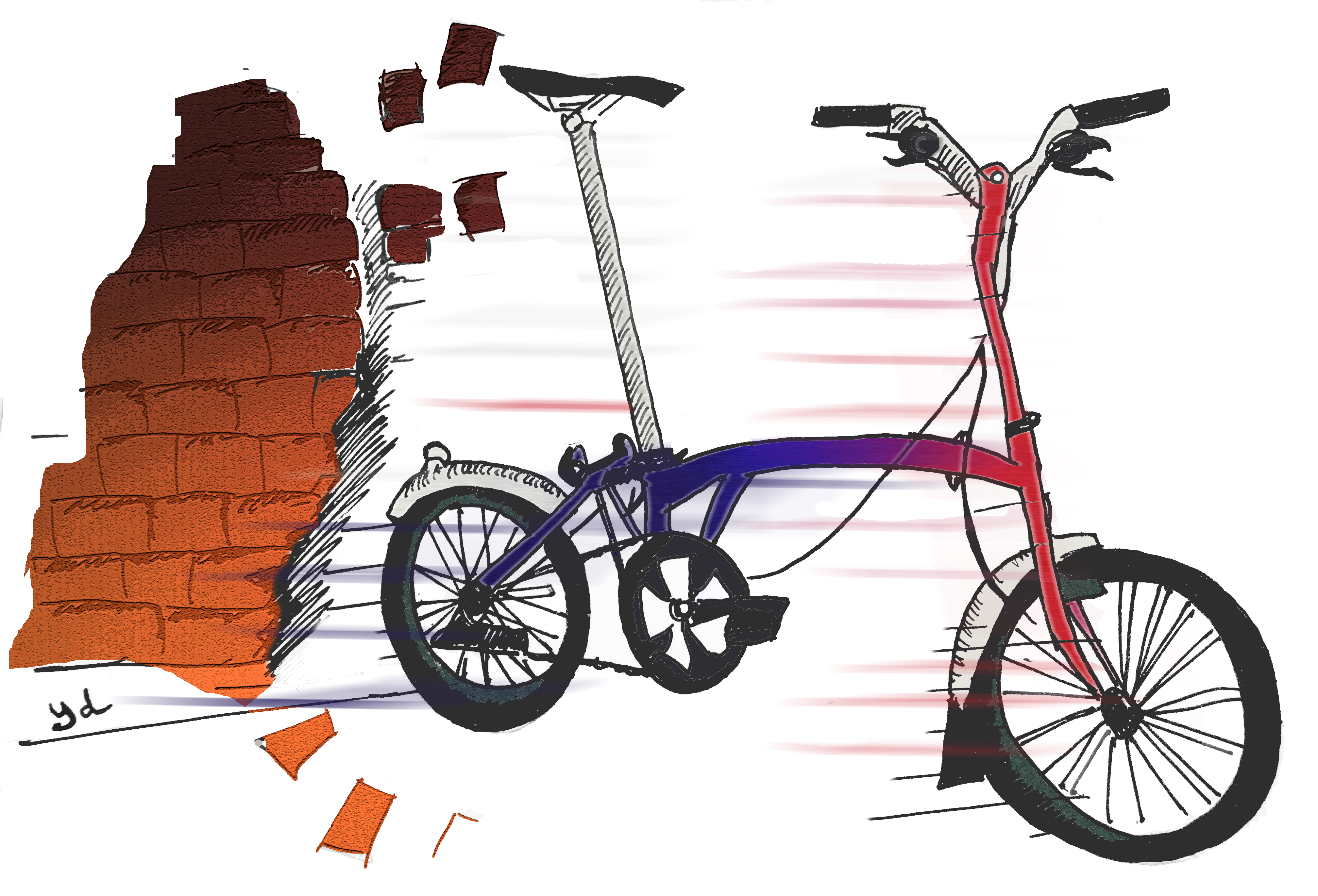